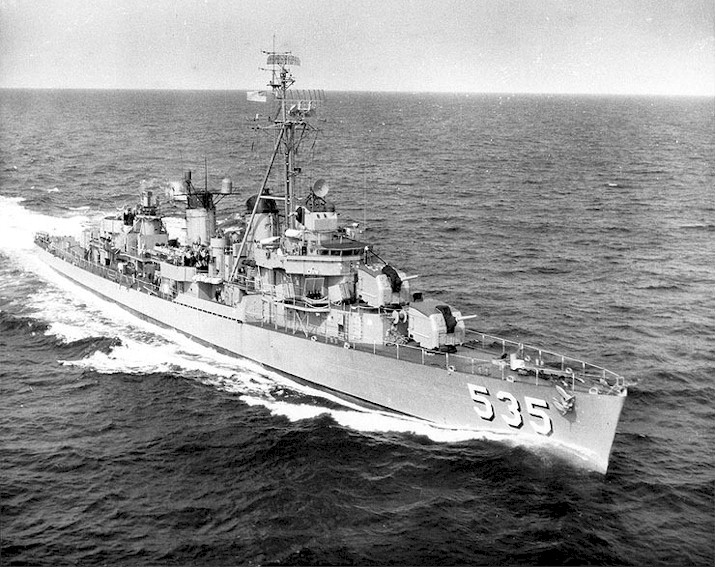 Philip J. Kenter is a veteran who had seven years of military service from 1953 – 1960 with three years on active duty as a commissioned officer in the U. S. Navy.  He served on a Destroyer in the Mediterranean and on a Radar Surveillance Destroyer in the North Atlantic.

One day in 1958 while on a classified mission off the coast of Beiruit, Lebanon in the Mediterranean, he was designated the Officer in Charge of a Search and Rescue Mission.  Some of his ship’s crew members and an officer were in Beiruit when that city suddenly was attacked and buildings bombed.   His assignment was to take a team to find and return those crew members and officer back to the ship which was more than a mile off shore.  The mission was a success but after leaving Beiruit in a small power boat to rendezvous with his ship, they continued to be under fire but successfully escaped.  Climbing aboard his ship’s side on rope ladders while still moving was dangerous but after everyone was aboard, the ship was hit by gun fire from the beach.  There were no casualties and no major damage.

Several years later after the mission was declassified, Kenter was recognized by Congress and awarded two medals.  Kenter is a former President of the Eastern Long Island Military Officers Association, a former member of the Navy League, and the longest member of the Riverhead Rotary Club.  In 1962 he had established Long Island’s first five television cable television systems at Greenport, Riverhead, Sag Harbor, Southampton and Westhampton.

Kenter established Relay Communications Center in 1968 with his wife and three sons. Today he proudly continues to be active in the business with his family and dedicated staff.